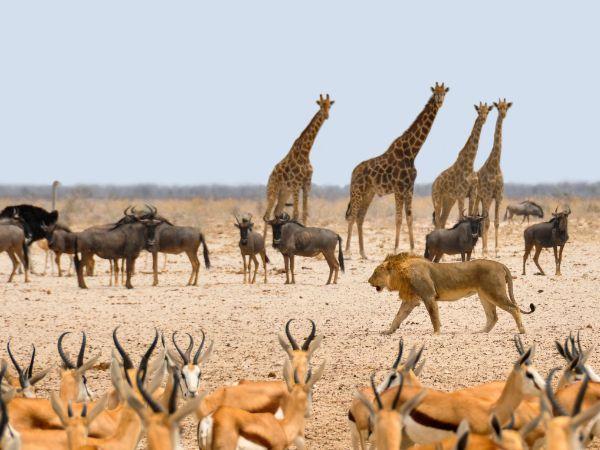 Many animals around the globe are affected by droughts, flooding and volcanic eruptions.

We can reduce suffering and the impact on people’s lives by making sure that local governments, animal owners, and local authorities are better prepared for such hazards.

We partner with local communities to develop sustainable solutions that reduce or prevent the risks farmers and pet owners face. These solutions are as varied as the animals and contexts they are: from shelters for typhoon-resistant animals in the Philippines to adaptations for cattle farmers in Mexico due to climate change.

A model for community resilience

As part of World Animal Protection’s response in Assam to flooding, India, we worked with one village in 2012 to prepare them for future floods. These are an annual occurrence. We provided training to animal owners in Seujia pathar, district of Dhemaji. We also supported them in disaster management planning and built shelters for animals with high feed banks. The district was again hit by devastating flooding in the last month. The village was able to withstand the flood better thanks to mitigation and preparation activities. There have been fewer losses.

Early warning in Horn of Africa

My colleagues in Kenya are working to prevent an outbreak of deadly Rift Valley fever (RVF) as a result of the warnings of an el Nino in Greater Horn of Africa. The el Nino is expected to cause large floods and landslides, in certain regions, and droughts in other areas.

From previous el Ninos, RVF was identified as the most serious disease affecting disaster-stricken communities of Kenya. We are collaborating with the county officials, national government and local partners to conduct a huge vaccination drive in Baringo County. We will be inoculating approximately 487,000 animals against RVF and Pest des Petits Ruminants. These preventive activities will help reduce animal and human deaths in the aftermath of the disaster.

More than a billion people depend on animals. 752 million of them are livestock keepers who live on less that $2 per day. The poor are more vulnerable to natural disasters because they are often exposed to high levels of hazards and have less ability to adapt, recover, and cope with them. Many of the poorest countries have high multi-hazard ratings. Disaster risk reduction must be integrated into development programmes in order to make countries and communities more resilient to natural disasters. These measures must also include animals for people like Kyawhlaing Myint, a farmer from Myanmar.

Behind the scenes, we also promote animal protection. We have an extra reason to celebrate International Day for Disaster Reduction. After two years of lobbying, we were able ensure that animals were included within the Sendai Framework for Disaster Risk Reduction 2015-2030. This was agreed by United Nations members in March.

Animal protection is an important aspect of the interdependencies between humans and animals. It will allow for the integration of working and livestock animals in disaster planning and preparation at both regional and national levels. This integration would allow for more Indian communities, such as Seujia Pahar, to be better equipped to care for their animals during a disaster. It will also reduce the suffering of the animals and protect people’s livelihoods.

A woman suffering from diabetes got so addicted to...
Read more
dog

Many dogs suffer from arthritis and joint pains with...
Read more
animal stories

Chickens can feel empathy and are an emotional animal....
Read more
Animal facts

How to Care For Your Reptiles

The second part of our Caring for Reptiles Blog...
Read more
Dog Headaches

Animal Headaches Do dogs get headaches? Canine headaches can be...
Read more